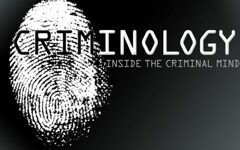 I go to Sussex University (Brighton), which is undoubtedly the best place to live!  I study philosophy and I am in my third and final year.  After university I have plans to continue to live in Brighton with a part time job, as well as launching a clothing brand that I have been working on throughout the year.  I have plans in the future to complete a masters in criminology and hope to have a career in detective work or criminal psychology.  Wren not only installed masses of confidence in me, to strive and aim higher, it also gave me a determination and resilience which I now rely on as I enter my last year of education. 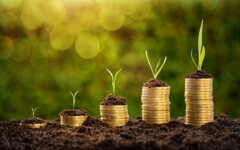 I am due to start work at a wealth management group in Singapore early November. The company is named IQ-EQ and is the fourth largest investor services group in the world, managing over $400bn in assets.  My role is quite general, I am officially an intern for three months with a view to going full time in one of their branches either in London or New York.  I will be travelling to and from Singapore and Hong Kong as part of the role.

At Wren Academy Sixth Form, the learning environment and the relationship between staff and students were absolutely the highlights.  Applying to University was also made easy due to the help received. 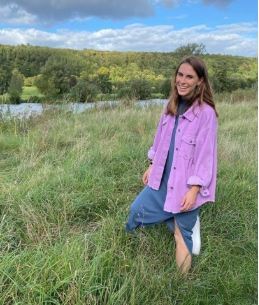 Studying History A Level at Wren really prepared me for my university degree.  I left Wren with a variety of skills, which were vital at university level, as well as having touched upon many first year university materials.  As a result the gap between my A Level studies and my university studies was not as daunting as it could have been.  Teachers did go above and beyond to ensure this, and clearly did not just want us to pass A Level exams, but to continue to excel in our subjects.  Wren also aimed to provide students with great resources, and encouraged us to take opportunities outside of our comfort zones.  A particular highlight was my work experience in France, which I was encouraged to do as part of a scheme to help A Level students with a spoken language and understanding of French culture.

I have just started an internship at a charity in Leeds called Caring for Life (CFL).  The role involves supporting vulnerable adults in the community by engaging them in various projects around the CFL site.  Projects include animal husbandry, horticulture, art, music, adult literacy and equestrian, to name a few.  I am certainly gaining a lot of new, diverse skills day by day.  Sadly the beneficiaries (those who usually attend the projects) are not around at the moment due to the current situation, so most of the work is practical preparation for their return.  I am unsure of my next steps, but have been considering a masters in cultural anthropology.  In my final year of my History degree at Sheffield, I specialised in 17th Century cross cultural encounters and really want to expand my understanding of cross-cultural exchanges. 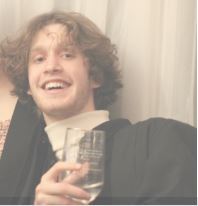 I have just begun my second year studying Modern and Medieval Languages (French and Russian) at Cambridge.  Besides customary language work, I am specialising this year in Soviet cinema and 20th Century French Literature.  Looking ahead, the Year Abroad (your third year is spent studying or working in countries where your degree languages are spoken) suddenly seems dauntingly close.  At the moment, my plans are far from concrete, the dream is to capitalise on the French summer without having to endure the Russian winter.

Wren Academy was a fantastic place to attend Sixth Form.  The feeling of newfound independence to explore your interests, coupled with our very wonderful teachers’ love for their subjects and willingness either to go the extra mile to help you, or to help you go the extra mile.  That and being able to go offsite for pizza at lunch. 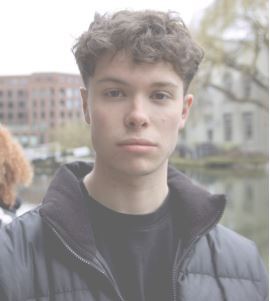 I am currently studying at LAMDA in Hammersmith on the foundation diploma course for acting.

I enjoyed the family like environment in classes created by the teachers at Wren and also the one to one support I got through those tough couple of years. 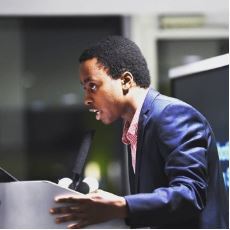 I am a final year Environmental Sciences student, and founder of a creative platform called New Generation which aims to inspire, motivate, encourage, and educate people to live more sustainably.  I am hoping to do either a Masters or PhD in sustainability.

I really enjoyed my time at Wren Academy Sixth Form.  The support that my teachers gave was amazing.  Even if I was not sure of a topic or needed clarification, my teachers always made the time to run through things with me and help me. Additionally, the friendly environment helped to make me feel at home.

I have recently graduated with a 2:1 in BA (Hons) Theatre and English from Brunel University London.  I am currently working part time whilst looking for a full time role in the Creative Arts industry.  In the future, I want to look at completing Masters in Theatre Therapy or something similar.

In terms of my time at Wren Academy, I particularly enjoyed my involvement with the school theatre productions as it felt like it bridged the gap between secondary school and sixth form, as well as being extremely fun and inclusive.  I loved being able to use the common room for studying as well as breaks and lunches, allowing us to catch up with friends so it did not feel as if we were studying all the time.  I also felt as if we had a lot of support available when we needed it from individual subject teachers. Oh and I definitely enjoyed the food from the bird hut!

One of our Alumni Students Karina Parekh, will be joining the corporate Infrastructure Graduate Programme at Nomura as a Financial Analyst. Nomura is a Japanese Investment Bank.

Karina first worked for the bank on an intersdhip and she credits her success in applying for this opportunity to the time she spent on the Governing Body of Wren Academy as our first Alumni Governor. 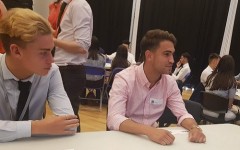 Two former students came back to take part in our Year 12 Careers Day. Joe Beckwith is currently doing an apprenticeship in digital marketing. He is really enjoying the process but warned students not to think that apprenticeships are an easy way out: ‘It’s been rewarding but really hard work, you have to work and study at the same time’. Ben Blackwell is currently helping set up a new London office for an recruitment consultancy. His message was that university is not for everyone and there are plenty of other good options available.

Congratulations to Ben Graham who has made a great start to his first year at Oxford University. We have received a letter praising his hard work and the quality of his intellectual engagement. Please click here to read the letter. 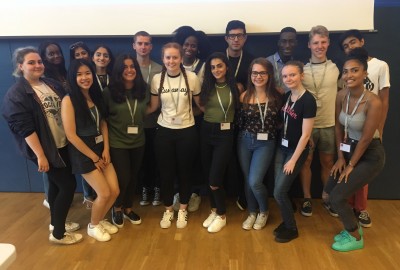 On 14 September 2016 we held our first ever Wren Alumni Day. Tempted in by the promise a tour of our recently opened Primary and completed buildings, 20 of our former students came back to Wren for the day. They were able to meet up with old friends, chat to their former teachers and engage in a healthy bout of nostalgia.

The students we invited in were members of our first ever pioneer year group who started at the school in September 2008. They progressed through the school, being the first to experience every new stage of education at Wren. As you can imagine, they were a group of students who we got to know very well and who contributed a great deal to our success. They have now completed their first year at university and we were therefore keen to find out about their progress and also utilise their experiences for the benefit of current Wren students. 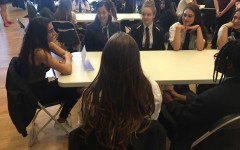 The Wren alumni spent time presenting to Year 10-13 students and passing on their experience of a range of universities and courses. Students were able to find out first hand what it is currently like to study at Oxford, Cambridge, LSE, Warwick, Birmingham and a number of other institutions. Our returning students were also able to share what it is like to study a range of courses such as Chemistry, English, Dentistry, Mechanical Engineering and Psychology. 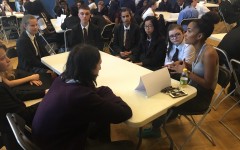 The visiting students did a great job of providing information that would help Wren students think more about university and the sort of course they may aspire to take. It was wonderful to see how willing the ex students were to present themselves as role models to younger students and inspire them to aim high.
Everyone involved was very positive about the day and keen to make it an annual event which all former students can contribute to. We will also be finding ways to strengthen our Alumni Organisation and make the best use of their experiences for those who come after them.

Fantasies of adventure occupy the minds of many young children. Through their imagination, the kitchen table becomes a teleporter that can take them deep into unexplored territory as they tip-toe around monsters lurking in the dark. For many, these stories remain in their childhood and the imaginary travels cease to be entertained. However, in the summer of 2015, I was fortunate enough to live out a fantasy travel of mine that I’ve had since primary school. As a part of a British Exploring expedition team, I spent three weeks living in the Amazon Rainforest. Much of those weeks under the canopy were spent carrying out important scientific surveys of plant and animal life. All of this was for a rainforest organisation called Crees, based in the Manu National Park in Peru where we were staying. 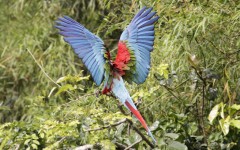 We did the research as we made our way up and down trails, either already there, or that we had to cut ourselves. As we pushed past the end of the existing path, we got into  areas that were yet to be explored. Reaching areas of cloud forest where very few other humans are likely to have ever been to before. During our travels we encountered scorpions, the world’s most venomous spider (on numerous occasions) and spiders with legs so long and thin they could wrap them around your head. We had snakes slither around our legs at night, and we were even able to capture images of the elusive jaguar. Mornings were spent either watching monkeys, macaws, or seeing the sun rise above the ridges in the distance, across the river from the beach; at night, star gazing and falling asleep to the sounds of the rainforest.

The experience will stay with me all my life. It has without doubt influenced my choice of university course - archaeology. The expedition made me realise just how much I enjoy being outside and having the opportunity to explore and make discoveries. Since then, now further into my gap year, I have done work experience as a pastry chef in a restaurant in the USA , applied to my universities, and am planning many more trips for the coming year.